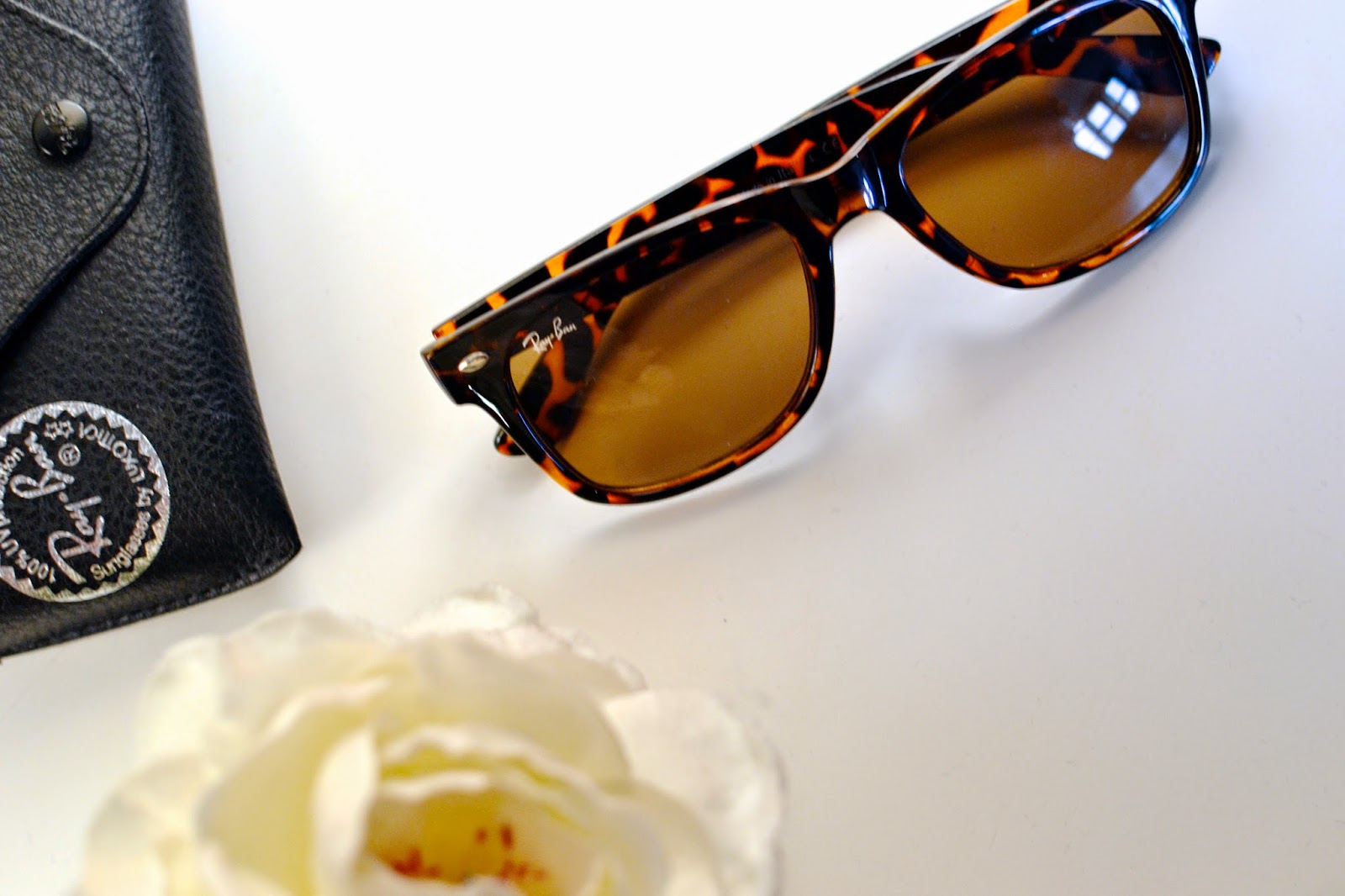 So you're probably thinking "Ur Brook babe, why are you blogging about sunglasses as it's hitting autumn in England?" Well, let's just say I have the coolest mate ever who goes by the name of Saud Alsherie (follow him on twitter here and tell him that I sent you I dare ya) who is an absolute babe and gave me a late birthday present of these kick ass Raybans. Oh yeah. And lemme just say, they're awesome.

I've always had my good ole trusty Marc Jacobs ones from Saks in New York, made to match my Marc Jacobs Rose Gold Watch number (probably due an upgrade, but hey). Ever since one day when a lens fell out, I've kinda been dying inside and wanting Ray Bans for as long as I can remember. Putting it off all summer, and I was surprised with these babies. Pretty similar to my glasses, which let me just say... I kinda secretly love shhhhh. I look like an Ugly Betty in them though, nan alert.

They look awesome with lots of different outfits, and make you look that little more chic than your Claire Accessories number from the 00s. Whack them on to look a lil more retro, or a lil more 'va va boom' and you're off to a winner. They would look awesome with a cat eye, or bright bold red lip... melt.

Moral of this story is basically, if you want some ray bans... take the plunge because they're sooooo well made, look awesome with pretty much any little outfit and makeup look that you've whacked together and they're just great. Thanks Saud, you babe. It looks like this weekend may be a sunny one for once in england, so make the most of it and have a good weekend guys!

What are your sunglasses of choice?