SO, THE EYELASH PRIMER THING... 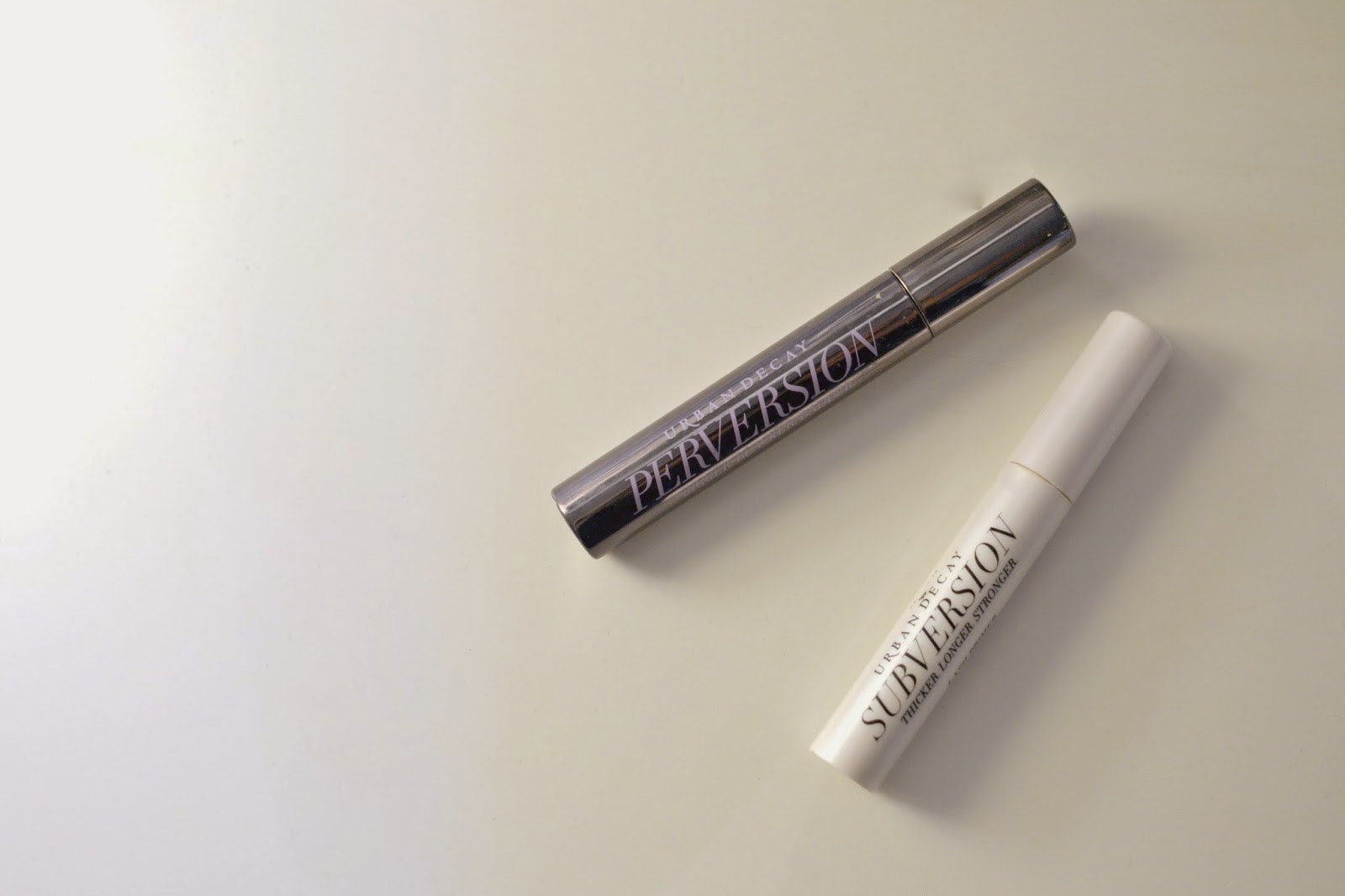 If you're a regular to these spaces, you'll know that some serious Eyelash Primer talk has been roaming about. Estee from Essie Button especially loves a good eyelash primer. I've gotta admit, I've never really been interested because quite frankly... who can be bothered? Does it really make much of a difference? Does the white not show through on top like undried fake eyelash glue? As you can tell, I really debated and I finally caved and brought this little Urban Decay combo which lemme tell ya... it kicks ass.


Now if you're new to this eyelash primer thang like me, it's not really complicated at all. This Urban Decay Subversion Thicker Longer Stronger Eyelash Primer is basically like a white mousse (imagine white chocolate mousse...) that you put on using a mascara wand. It will pretty much do anything that you want it to do. Whether it be thicken, lengthen, separate, curl... you name it, you use this and bob's your uncle.

The second part of this awesome duo is the Urban Decay Perversion Mascara which is great on it's own, but pretty much perfection when used with the Subversion Eyelash Primer. Yep, Urban Decay have pinned you down to both... goodbye more money, hello praying until next payday already....

These aren't so great at holding a curl, I'll admit. The Maybelline The Falsies Waterproof Jet Black Mascara is way better in that area. But when it comes to easy, quick and just simple application, Urban Decay have really thought that through. I'll admit, the primer probably needs to be a little bit less 'mousse-y' and more like a liquid / paste so it can cling to all the lashes to prevent clumping better, but all in all... I just freaking love this combo.

If you're one of them ladies out there that are waiting to take the plunge, just do it. It'll be so worth it... honestly. Either way, the primer is awesome and I can imagine it working with lots of different mascaras too. and if you run out of the primer, the Perversion Mascara is great on it's own too. What a winner. Urban Decay have done it again ladies and gents... uh oh spaghetti-o.

Have you tried an eyelash primer before? What are your thoughts?